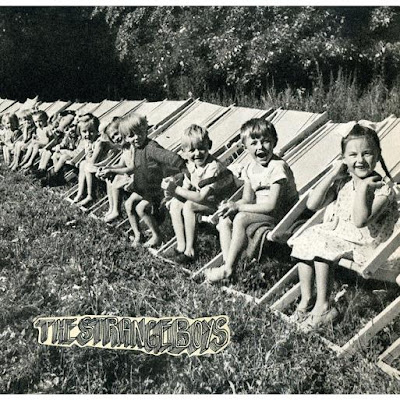 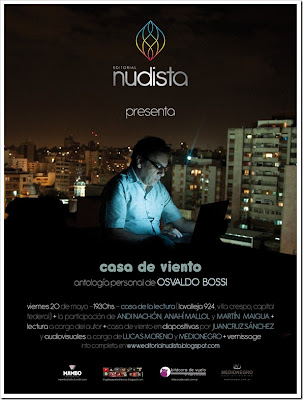 When Juan Terranova wrote a magazine column defending Argentina's culture of piropos – male comments to women that range from flirtatious compliments to sexual catcalls – he ended with a graphic image.

He imagined being at an art exhibition and meeting the young feminist activist currently leading a campaign against sexual harassment. They share a drink. He then fantasises about "telling her that I would love to break her argument with my cock".

The original copy, which the Buenos Aires weekly El Guardian toned down but Terranova published on his personal blog, referred not to "argument" but "ass".

A coalition of feminists in Europe, North America and Latin America accused the columnist of threatening rape and now, two months later, has claimed triumph after compelling the magazine to apologise and sack him.

In the uproar over what constitutes sexism, violence and censorship Terranova, 35, has defended himself to the Guardian, saying an international witchhunt twisted his imagined "violent seduction" into a would-be rape. "I am a prestigious Argentinian young writer. I am not a violent idiot. I have lost my job [and] this has created problems with my family, my partner and my journalistic colleagues."

He accused Hollaback, an anti-harassment group whose members in New York, London and Buenos Aires led the campaign to sack him, of overlooking cultural and linguistic nuances.

The column's pay-off line – both versions – was "ironic, sensual" and not a rape threat, the writer said in several emails. The image of meeting the activist Inti Maria Tidball-Binz at an art exhibition and having a drink and sex was "a scene of violent seduction, as all seductions are" but implied consent. He added: "Hollaback took the irony and the wording literally to silence my criticism of the organisation."

Tidball-Binz rejected Terranova's explanation, saying the column's use of the word "pijazos" meant "breaking and raping" with a penis. "This cultural defence is terribly misogynistic – this is my culture too, a culture which feels it is defensible to publish a rape threat and call it irony or humour," she said.

Several female journalists had criticised her for getting the author sacked, she said, adding: "This is part of the culture of victim blaming … where a victim of violence is further victimised when they report the crime." Violet Kittappa, another Hollaback member, insisted Terranova could not claim something was lost in translation. She said: "Rather, something was found. A word for a heinous expression of sexual violence."

Argentinian commentators are split over the issue, with some interpreting the controversial phrase as akin to "giving her one" or "a one-night stand". The country's journalism body, FOPEA, said Terranova's remark was in bad taste but did not deem it an expression of gender-based violence.

Piropos are common across Latin America and – depending on the wording and context – leave some women feeling flattered, others degraded. "If Adam ate an apple for Eve, for you I'd eat a whole fruit shop", goes one. "So many curves and me without brakes," says another. Others are blunt, aggressive and lack humour, according to critics.

Hollaback, which started as a fightback against groping and harassment on the New York subway in 2005, initially spread across the US and Europe, then to Argentina where in February Tidball-Binz published an article complaining about aggression masked as piropos.

Terranova, who has published novels and poems, responded in a column in El Guardian by calling the activist "obtuse" and saying abortion rights, domestic violence and trafficking of women were more urgent issues. He added: "Are we a more just society if we suppress streetpiropos and colloquial expressions? I don't think so."

The pay-off line, however, prompted Hollaback and the advocacy groupchange.org to demand Terranova's firing. At first El Guardian cited freedom of speech to defend the column but after campaigners persuaded Fiat and Lacoste to pull advertising the magazine apologised and sacked Terranova.

The author has claimed censorship – an emotive accusation in a country scarred by dictatorship – and voiced concern that he will struggle to get paid writing work in the future.

In contrast, Tidball-Binz insisted Argentina had taken an important, progressive step. She said: "What started off as something terrible turned into something beautiful."

Hollaback began in 2005 when founder Emily May noticed the positive response her friend received when she syndicated a picture of a man who masturbated near her on a New York subway.

May then launched a website where women in New York could share stories of harassment and occasionally pictures of their harassers.

Six years on, May's idea has gone global, with websites in Mumbai, El Paso and Atlanta, Georgia. A London-based site launched last year, while an article about Hollaback LDN in the Guardian drew hundreds of comments online and attracted numerous readers, male and female, to an inaugural meeting in the capital.

Critics often cite more "important" aspects of feminism, such as abortion rights or honour killings. But May and her fellow-activists say the anti-street harassment movement and global feminism are equally synonymous with freedom and empowerment.

Rosie Swash is a member of Hollaback